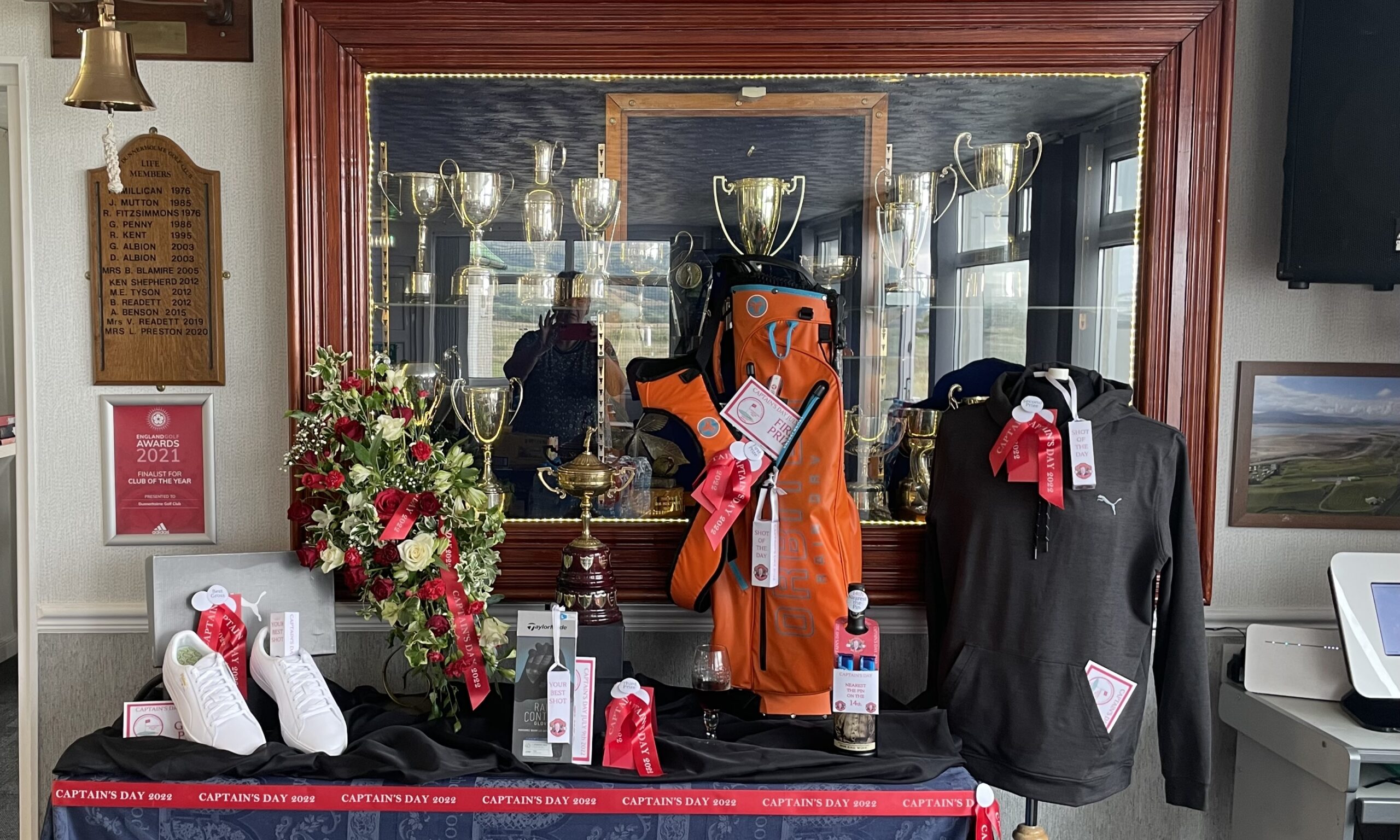 Half Way house at the Tenth Green was offering Bacon Buns and refreshment for the Players to sustain them for the back nine.

There was also a large Bottle of Baileys at the tenth donated by The Captain and Lady Captain in memory of Neil Boyd, President of Barrow Golf Club who sadly passed away in June, he was well respected amongst the local Golfing community. His favourite tipple was Baileys, and the members were able to raise a glass in his memory

After the Golf, Mr Captain laid on a Hog Roast with all the trimmings for all the players, members, friends and guests. The Hog came from N.C Meats, Dalton Road Barrow-in-Furness, and was very ably served by yet more members of the Brough family entourage.

The winner with a nett 67 was Jordan Rayner, who unfortunately was unable to attend the presentation

In 2021 The Dunnerholme Golf Club was a finalist in the England Golf “Club of the Year” Award.
Adidas as sponsors of the event donated a pair of Golf Shoes to the Club. The shoes were auctioned and raised £100 for The Captain’s Fund.

Hole in One on President’s Day