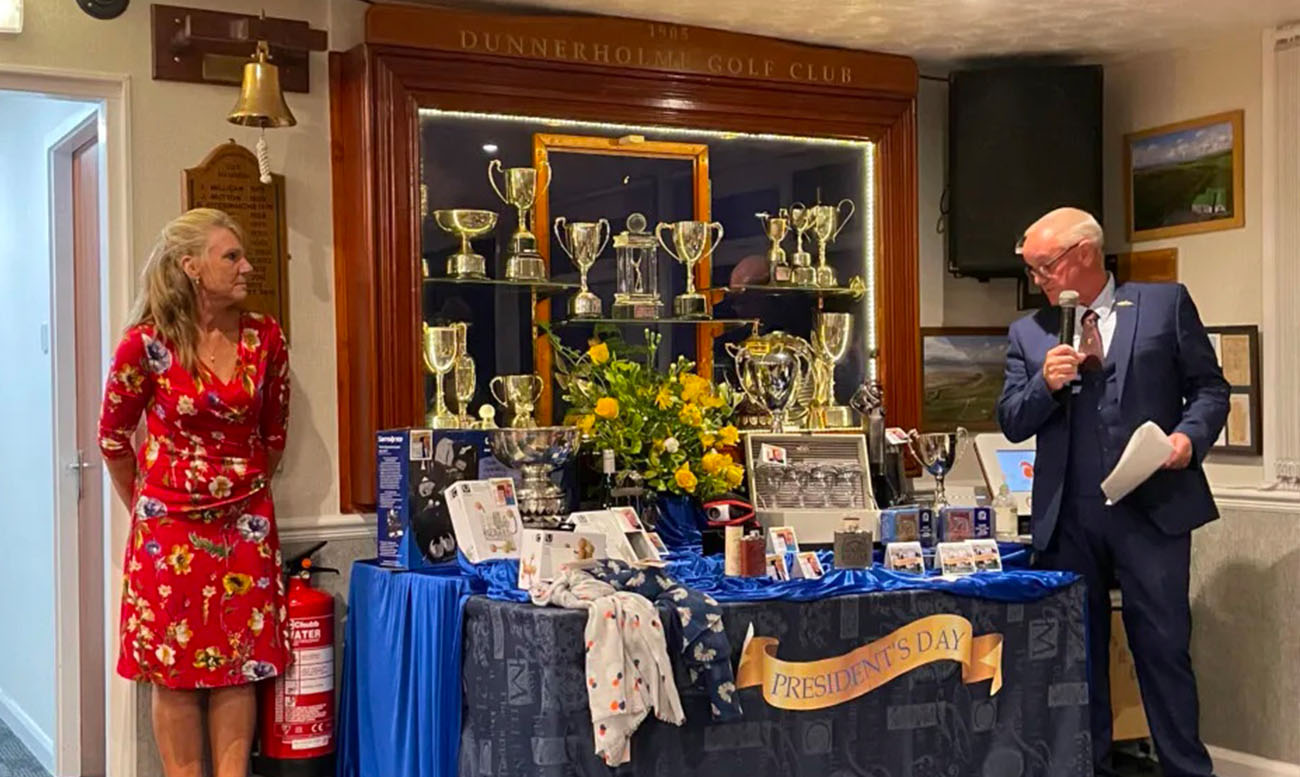 It was an early start for the competitors in the President’s Cup, with the largest field to take to the fairways in recent memory. Mr. President had organised a full programme to celebrate his final year in office: the Juniors had played their Texas Scramble earlier in the week and the Ladies played for their Lady President’s Cup on the Friday and Saturday, in order to accommodate as many tee times as possible for the men.

Inevitably it was a long day, but the speed of play did not hamper the standard of golf, net 63 being the winning score. The Halfway House refreshments boosted players’ energy levels, and there was a drink at the bar waiting for all when they came off the course.

Southwards Farm Shop mobile catering served hot food (courtesy of the President) from 6.30pm. The Clubhouse, the Terrace and the Marquee were full of players, members and guests gathered for the presentation and the evening celebrations.

The President had a full and generous table of prizes to present, with prizes first going to the Junior winning team. Winner of the Lady President’s Cup was Larraine Morrison, with Chris Burton second and Chris Pearce third. Lynda Preston was nearest the Pin on the 18th.

Mark was initially lost for words! He thanked Mr President for a splendid competition and a wonderful prize and made a plea for shorter rough!

After the presentation, the President officially opened the new Terrace and refurbished Clubhouse with a striking fireworks display.

The celebrations continued into the night, with music from Clare Ball, and Just Billy’s Disco.